The Visual's Anna van Rij embraces all thousand versions of herself: “I feel reborn”

A lot has happened in the life of Anna van Rij, the front woman of The Visual in the past four years. Her unparalleled, wonderful melancholy has graced the Dutch indie scene for some time now and managed to enchant during dozens of gigs. In the meantime she graduated from the Conservatorium van Amsterdam, released an EP and moved to Antwerp a few months ago with, among others, Pitou. She broke through fear patterns, made peace with her gender, her sexuality, and her identity, and moved all the demons in her head to her debut Moments of Being. A beautiful, jet-black mirror. “I have found myself.”

A sound of tormenting chaos flows into a cautious, melancholic riff: that's how the first seconds of Moments of Being sound. It is a transition, a form of enlightenment, a quest. The caution gradually makes way for self-assurance: a feeling that perfectly captures the essence of The Visual's debut album. For four years Anna van Rij has developed and searched for herself: mission completed.

“A lot has changed for me,” she says from her home in Antwerp. “By studying at the Conservatory, I got over my fear of failure. In retrospect, I had quite a bit of trouble with that, but I would never have assigned it that way. There is a form of growing up in the album: all those relatable things that you experience in your twenties.” She has shaken off the yoke of these fear patterns and traumas. “That is confronting, and very heavy. But I freed myself by reading a lot. I have found redemption, freed from my tormented self. I feel reborn, which is very special. For me, that's what this album really stands for: breaking free from fear, from what people think, from traumas, from bad relationships. The answer is connection: love. Not only for the people around you, but also for yourself.”

The most prominent role is therefore reserved for identity. “Especially in the area of ​​gender. I also found a place in it for myself, which was really nowhere to be seen at the time. The only way I could find him was to stop focusing on myself. When you put so much focus on yourself, it's suffocating. Literally. There was a phase when I was so involved with that, that it also became a huge thing. I went to see it everywhere. I Thought everyone who looked at me was confused about whether I'm a boy or a girl."

She frowns. “Now that I think about it, I've even come to a point where I no longer believe in identity. Precisely because I think it fixes something: a person is much more than that. We play thousands of roles. If you meet someone on the street and you smile, then you are someone else to them. Because I initially came to see identity as such a topic, I got confused. Now I let it go: sometimes I feel boyish, sometimes feminine. But I don't have to label it that I'm actually a man, or transgender, or a woman. That oppresses me, I am neither and all of it at the same time.”

Van Rij sees The Visual as something philosophical rather than a musical project. “The name of our album, Moments of Being, refers to the writer Virginia Woolf: to be inspired is to be true. The philosopher Hannah Arendt also writes about this. When you're on a train and you start to wonder things, already staring out the window, then you're "being." Going to work, looking at the clock, checking off a to-do list is not this: it only increases the distance from yourself. By writing this album, by being inspired, I have come closer to myself.”

“Sometimes I feel boyish, sometimes feminine, sometimes transgender. That oppresses me, I am neither and all of it at the same time.”

Identity is inextricably linked to image management, the way you present yourself to the outside world as an artist, or as a person. But also towards yourself: through labels and social media. “That is really straight in the bulls eye. I find that so difficult. There's a reason the band is called The Visual, because I didn't want to use my own name and because I wanted the freedom to change. The Visual is an open concept: a chameleon of a word, but one that demands a kind of clarity. Unfortunately I already know that as a musician I can't give that, so I opted for a somewhat more mystical vibe and a certain professionalism in the style of, for example, the album cover. I have consciously chosen that over the years, to give myself the freedom to lead a life that is completely separate from it.” 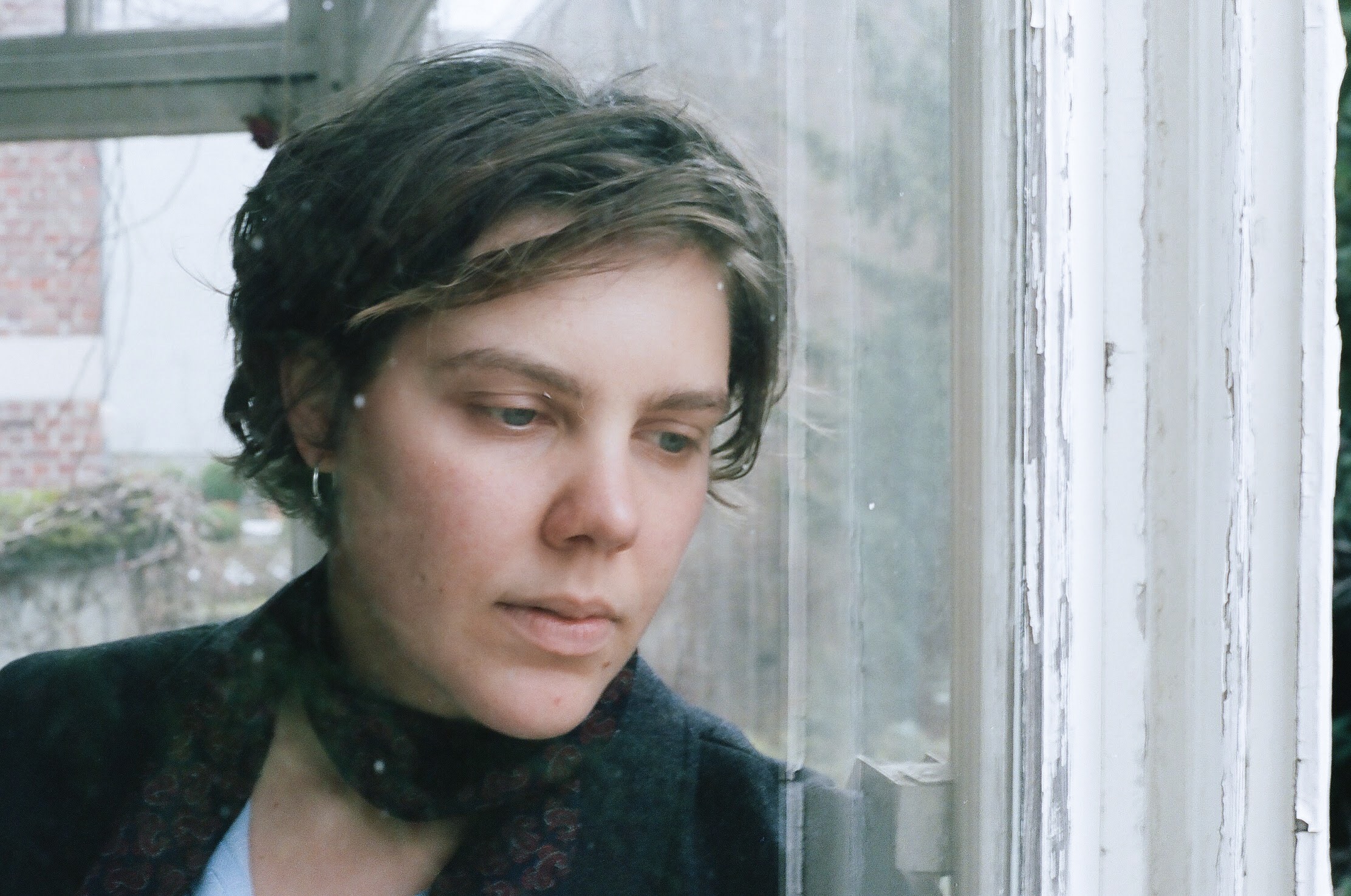 This album breaks down that wall, it gives an insight into Van Rij's thoughts. The reduced distance between her, the music and the audience does not frighten her. “It's finished, and now it's no longer ours. That gives a lot of freedom. Others can listen to it and enjoy it, and that feels very nice. It's a closed chapter: and with it everything that's in it. I was able to process something by making this album. It's out: swallowed by this album. Now it's a mirror, when I revisited my old songs, I was shocked by the things I've felt and thought. I changed."

By presenting herself in this way, Van Rij is very aware that she is not putting herself in the spotlight of the general public, but in return she gets the freedom to create the way she wants. She describes this album as her break with submission. Yet she does not hesitate to call in giants such as American producers Alain Johannes and Darrel Thorp, who have Queens of the Stone Age, Arctic Monkeys, Radiohead, Outkast and Beck on their resume, for her debut. “It is twofold: I am individualistic, but I really like good quality. I take that very seriously: I want to tell something, and good producers help me to convey that as clearly as possible. I am guided by my feelings. And so I hope to give back what music means to me.” Editor's note: this article was originally published in Dutch. Some quotes may have been altered in the translation.

Through the mud and up again: Rotterdam tape artist Red Brut is forever learning

‘Multimens’ Lucky Fonz III reaches out to the world